"Look--the moon can still shine even when the night is darkest." - When the Moon Forgot, Jimmy Liao

This week I am trying something a bit different on this blog. Instead of the typical book + recipe post, I am going to expand my theme throughout the week to include other books and projects we do that relate to our featured books (yes, two today) and recipe. With school being out we have a lot more time to spend with our books, and more hours of the day to fill with activities.


One of my boys' favorite topics--a subject we return to time and again--is outer space. They are fascinated by our solar system and space exploration. Over the years we've built up quite the collection of space books, from non-fiction to easy readers to fictional picture books. Kids are just fascinated with the moon and stars, even from a very early age.
To begin our week I chose two books that complement each other in tone and theme: Oliver Jeffers' How to Catch a Star

and Jimmy Liao's When the Moon Forgot

. I simply could not choose one over the other because they read so well together.

How to Catch a Star and When the Moon Forgot are both tender, somewhat melancholy (yet ultimately hopeful) books that have several common elements. In How to Catch a Star the young male protagonist (the same boy from Lost and Found), who is a bit lonely, wishes for a star of his very own. He devises various (humorous and improbable) ways to catch his star and bring it home but none are successful until, by accident, he finds a star (or is it a starfish?) washed up on the beach. The last image in the book is of the boy reading a story to his star.
When the Moon Forgot takes an almost opposite approach: when the moon falls from the sky he is found by a young (also a bit lonely) boy. While the rest of the world is thrown into disarray with the disappearance of the moon, the boy nurtures it and nurses it back to health. They become fast friends but the boy knows he can't keep the moon forever. Their separation is devastating but ends on a happy note, with the boy's dreams "always filled with moonlight." Liao's artwork is quite distinctive and one of the things that led me to seek out his other books. While Jeffers' world is sparse and airy (the boy, with his large head and wispy legs, looks like he could simply float into the sky to catch his star) Liaos' world is dense, lush and grounded. His pages are filled with color. Just look (and marvel) at his cityscapes and open fields. This book was originally published in Liao's native Taiwan--where he is one of their most popular author/illustrators--and intended for an adult audience, though his American publisher (Little, Brown) catalogues it in their children's category.
Neither of these books are what I would call shiny, happy stories. Despite their ultimately satisfying endings they both have a melancholic undercurrent that may be off-putting to some. My children, however, are very drawn to them. I think something about the idea of being able to capture a piece of the sky, or have the moon or a star as a friend, really appeals to them. My four year old has asked to read When the Moon Forgot every day for the past week. Because it is a new-to-us book we have enjoyed talking about it and discussing our own theories about why the moon fell to the ground ("It was sick. It shrank. Its gravity couldn't hold it up anymore so it fell." -- Six Year Old  "It was sad and scared." -- Four Year Old) and how the boy felt at different times in the story.
We were familiar with both Jeffers' and Liao's works prior to reading these two books. Jeffers' The Incredible Book-Eating Boy

is one of my older son's favorite books. I bought How to Catch a Star for my younger son for Easter because I thought he would enjoy it--something about its tone reminded me of one of his other favorites, The Monster Who Ate Darkness (reviewed by me here)--which, coincidentally, was illustrated by Liao. Last month we quite randomly found Liao's Sound of Colors

at our library and after enjoying that as well I began researching his other books. At this point I learned of When the Moon Forgot, and thought it would be a good companion read for How to Catch a Star. I absolutely recommend seeking out both of these authors' other works.
Because we have been reading about the moon and stars, of course we had to think of some way to incorporate both into this week's recipe...
Moon and Star Cookies
First, I owe you a bit of an explanation. My kids have random made-up names for certain things. They refer to giraffes as goofs. And cashews have always been moon nuts, due to their crescent moon-like appearance. I challenged myself to come up with a recipe using "moon nuts" that also incorporated stars. I hit upon the idea of making star-shaped cashew cookies. I based my recipe on the roll-out cookie recipe on the Pamela's Products website. 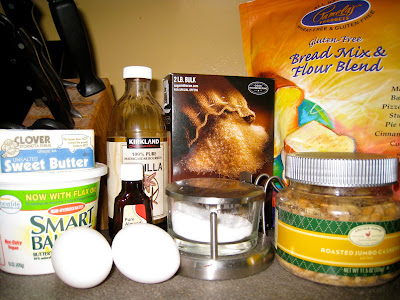 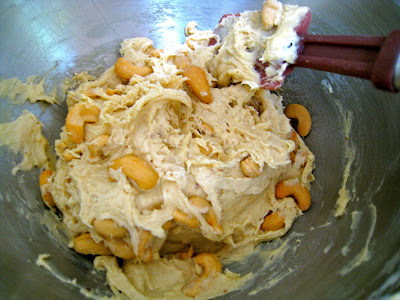 4. Chill dough for one hour.
5. Preheat oven to 350*. Dust dough and rolling surface with flour because the dough will be sticky. (I used brown rice flour.) Roll dough out on parchment paper and use cookie cutters to cut out star shapes. 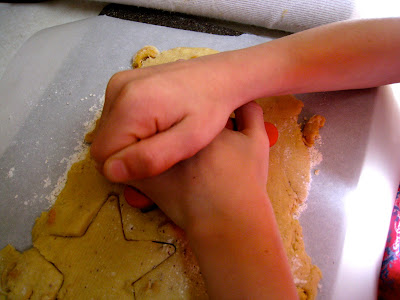 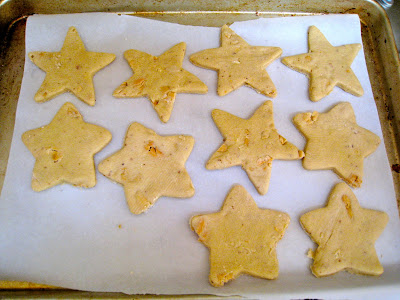 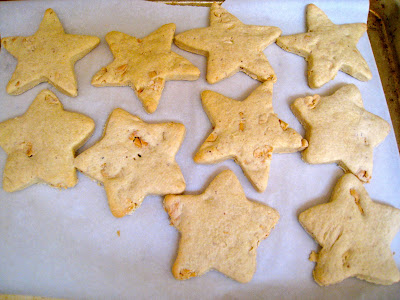 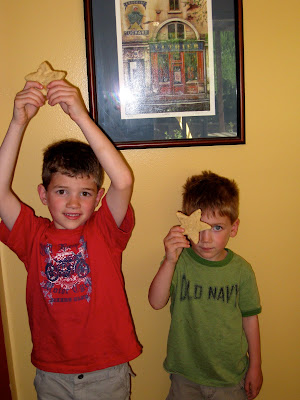 We are only just beginning our week of learning about the night sky. Please join us here on Wednesday when I will post some of my boys' favorite non-fiction books about the moon, stars and outer space. And on Thursday I will be sharing some of the star-related art and science activities we have been doing this week.

*Disclosure: I received a review copy of When the Moon Forgot from the publisher, Little, Brown.
**I am an Amazon.com Affiliate. As an Affiliate I earn a small commission when books are purchased via the links on this site. Thank you for helping support Eat Their Words.
Posted by Katie Fries at 4:01 PM

You might enjoy The Cow That Got Her Wish by Margaret Hillert. Cow wants to jump over the moon. She tries and tries but fails and fails. Then with the help of Frog (maybe Toad, I can't remember), Cow succeeds.