It wasn't difficult for me to decide to spend a week immersed in the Beatles, especially after the boys indicated they wanted to learn more about them. I've been an amateur Beatles historian since the age of 16, when I wrote about them for an AP US History assignment. It goes beyond the CD collection; I have biographies and the Beatles Anthology DVD set and--oh yes--Beatles Trivial Pursuit.

It's hard for me to describe exactly what the Beatles mean to me. I suspect every fan has their own story and their own reasons. My mom was a fan growing up so I was always aware of them, but I truly became a fan during my junior year of high school, after watching The Beatles Anthology when it first aired on TV. That was the 1995/96 school year. Which was, up until 2003 (the year my son was born), the best year of my life. It was the year I discovered running as an outlet for my anxious energy. It was the year I began to discover more about myself as a writer--both with the help and encouragement of teachers I had and on my own. I grew closer to a few friends who are still dear friends to this day. I met my husband. The Beatles were the constant soundtrack to all of that, and it touched me in a way that's hard to describe. Their music is alive to me. Even today, hearing these songs decades after they were recorded, I can almost feel the energy and love that was poured into their making. And isn't that the point of art? To make you feel something? These songs were also vitally important in helping me discover who I am as a writer and how I choose to express myself. I'm a bit of a pacifist and can be on the granola crunchy side (I do live in the Bay Area) and that, too, is in part due to the Beatles' influence.  So I want to share the Beatles with my kids. I want them to be as inspired as I've been inspired.

With that in mind, I chose an art project that would allow them to fuse the Beatles' words with their own inspiration. I had them do stream of consciousness drawings as we listened to Beatles music. I randomized all of the Beatles songs in my iTunes, although the boys did make a few requests. I told them to draw what they felt, so the results were not always exactly what one might expect. The songs served as a jumping off point to unlock their own creativity.

Part of our Beatles playlist: 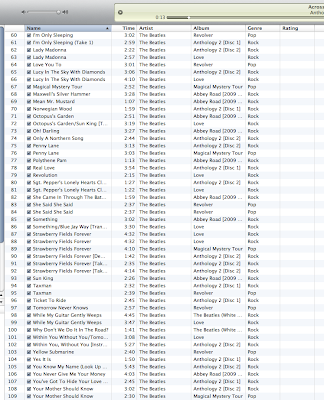 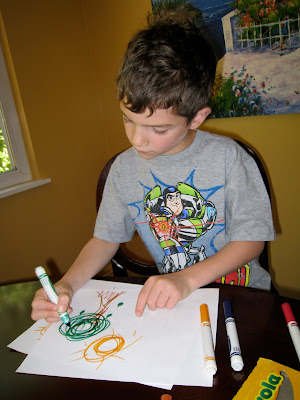 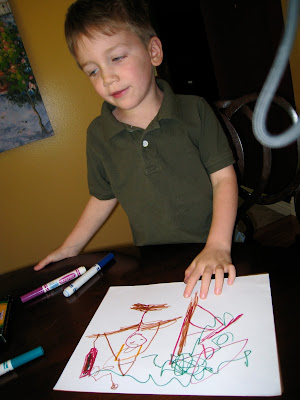 "Here Comes the Sun" by seven year old M: "It's a man taking a picture of apples falling off a tree." 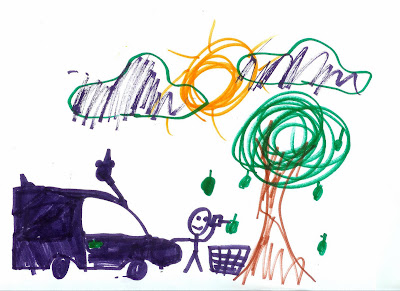 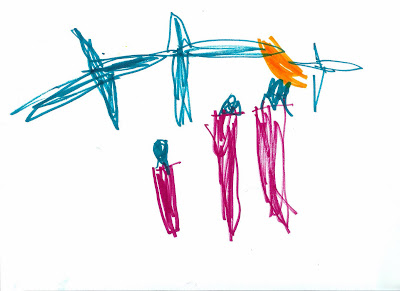 Inspired by the line "No one I think is in my tree" from "Strawberry Fields Forever." By J. 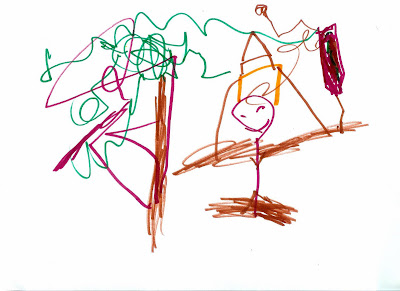 This one is interesting. M kind of fused "Strawberry Fields Forever" with "I am the Walrus." Except instead of drawing an Egg Man he drew a "Chip Man." Wearing "a cheese hat with a propeller on it." 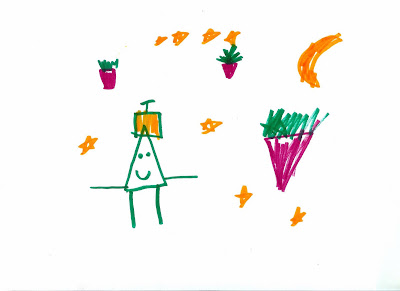 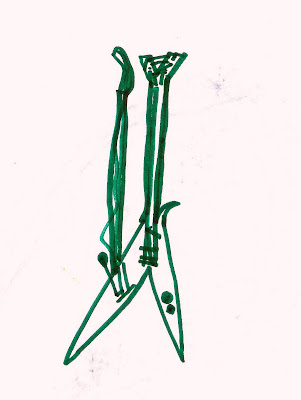 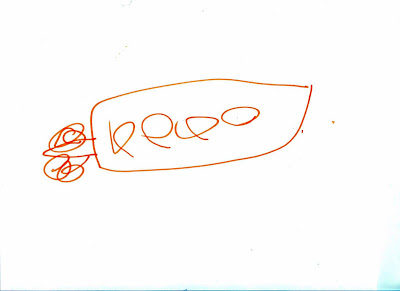 The boys enjoyed this activity and as they got into it their drawings became more elaborate and fanciful. Next we're going to go beyond listening to the Beatles and watch some videos. I'll report on that, along with our other Beatles activities, later this week (tomorrow or Thursday).
Posted by Katie Fries at 2:33 PM

Email ThisBlogThis!Share to TwitterShare to FacebookShare to Pinterest
Labels: Beatles artwork, The Beatles