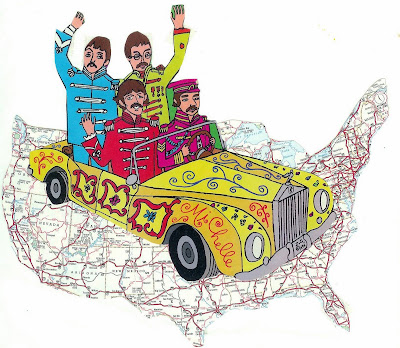 This week has been all about learning more about one of our favorite bands, the Beatles. Earlier in the week we made strawberry shortcake (to go with "Strawberry Fields Forever") and drew pictures inspired by the music of the Beatles. Here are some of the other things we've been doing:

Watching (bits and pieces of) The Beatles Anthology

DVDs. Specifically, we watched the part that includes discussion of "Strawberry Fields Forever" and "Penny Lane". The Anthology DVDs include "promotional films" the Beatles made for the songs, which are really very early examples of music videos and, in my opinion, pretty sophisticated for the era. Watching these videos opened up more discussion about the Beatles but my four year old is still a little young for them, I think. He lost interest fairly early on. My seven year old was very interested and probably would enjoy watching more of the Anthology DVDs at another time.

on XBox. The Rock Band video games (games in general, actually) are something we enjoy as an entire family. If you're not familiar with the concept of this series of video games, you basically use color coded "cues" on the screen to "play" the songs on the instruments that come with the game. My older son likes singing (he does particularly well on "Lucy in the Sky With Diamonds") and playing the guitar. My younger son plays the drums, though he usually needs help. I think this game is a great way to introduce the younger generation to the music of the Beatles. (Especially since their music is not yet available on iTunes, which seems to be where so many kids get their music these days.) The graphics are exceptionally well done. The opening sequence (view it here) is amazing. And yes, I know that there is a big difference between playing games like Rock Band and playing real instruments, but this game has paved the way for my boys' interest in learning to play real instruments. Now, I'm not advocating going out and buying a gaming system just so you can play this game, but if you already have one it is worth at least renting (can you still rent video games?) or borrowing from a friend. 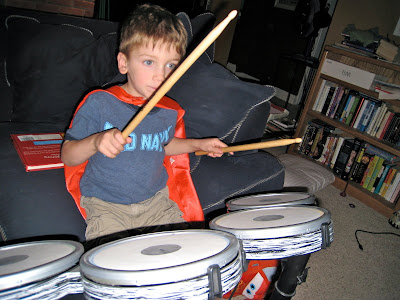 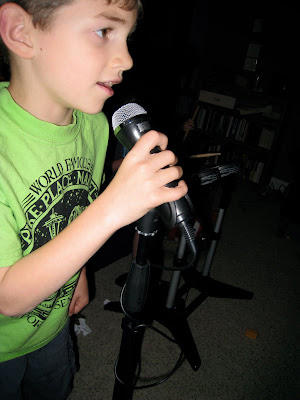 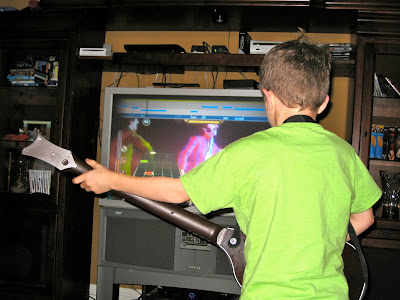 Playing The Beatles Games from the National Museums Liverpool. I helped my boys take the quiz to determine which Beatle they are most like. Despite their very different answers they both got John Lennon.

I probably would not have been as inspired to teach my kids about the  Beatles--beyond simply playing the music--if I had not had a Beatles background to use as a jumping off point. In addition to the Anthology DVDs (which I saw when it originally aired as a television documentary/mini-series many years ago), there are a few other resources I recommend to any fan who wants to learn more. The very first Beatles biography I read was Shout!: The Beatles in Their Generation

by Philip Norman and I still think it is one of the very best Beatle biographies out there. It would be great for teens who have an interest in the Beatles. The Beatles Anthology

(book) is basically a rehashing of the documentary but it is (like much of the documentary) in the Beatles' own words and contains amazing pictures. (My only complaint is the size--it's large and difficult to look at when I have kids on my lap. Hence my desire for a Beatles book for kids.) Backbeat

is a 1994 movie about the Beatles' first bass player, Stu Sutcliffe, and the early days of the Beatles. Again, this is suitable for teens but not for young kids like mine due to its R rating.

Are you and your kids fans of the Beatles? I want to know about Beatles activities other families have enjoyed. Please leave your ideas in the comments section!
Posted by Katie Fries at 2:34 PM